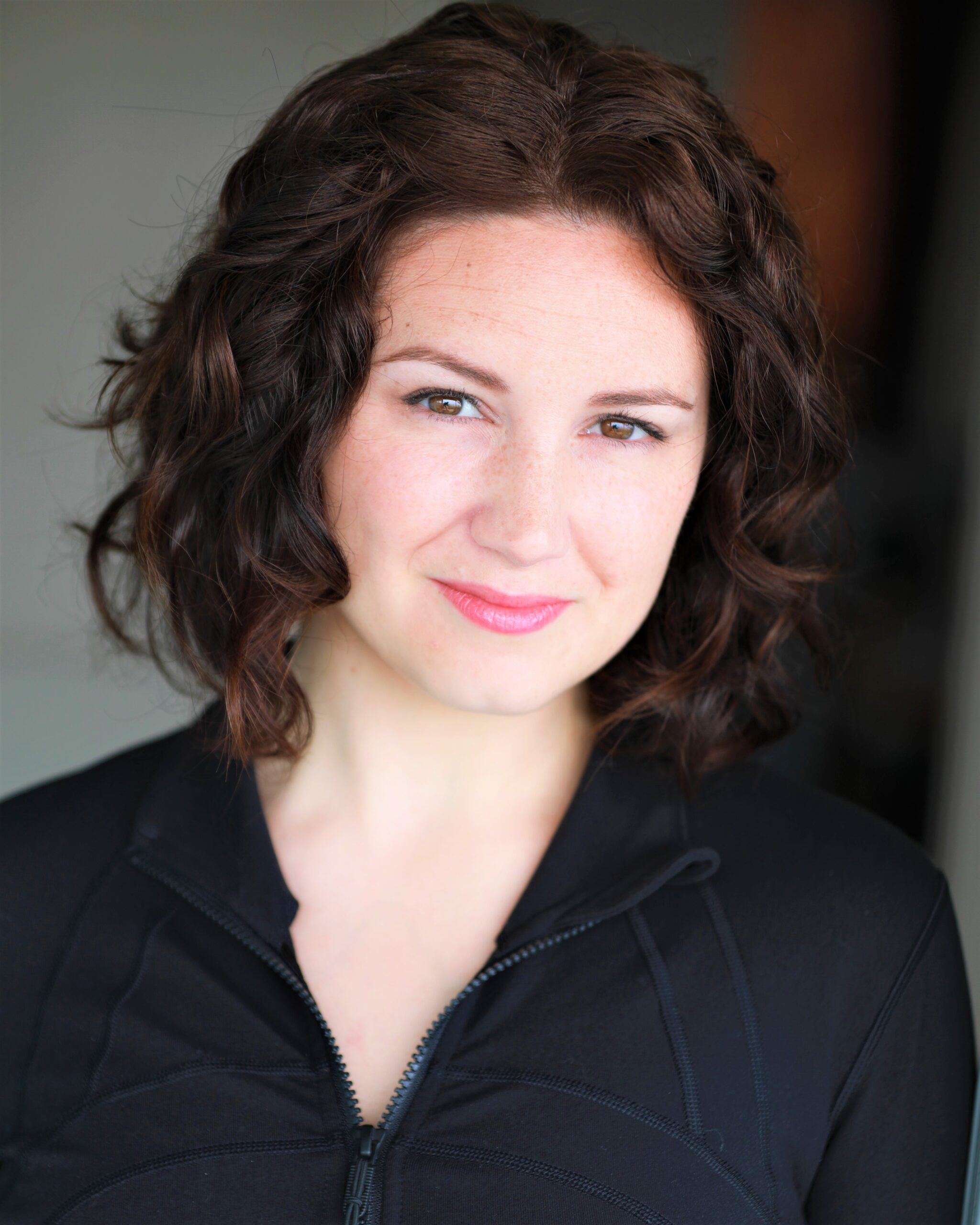 Your delicate and defiant dame 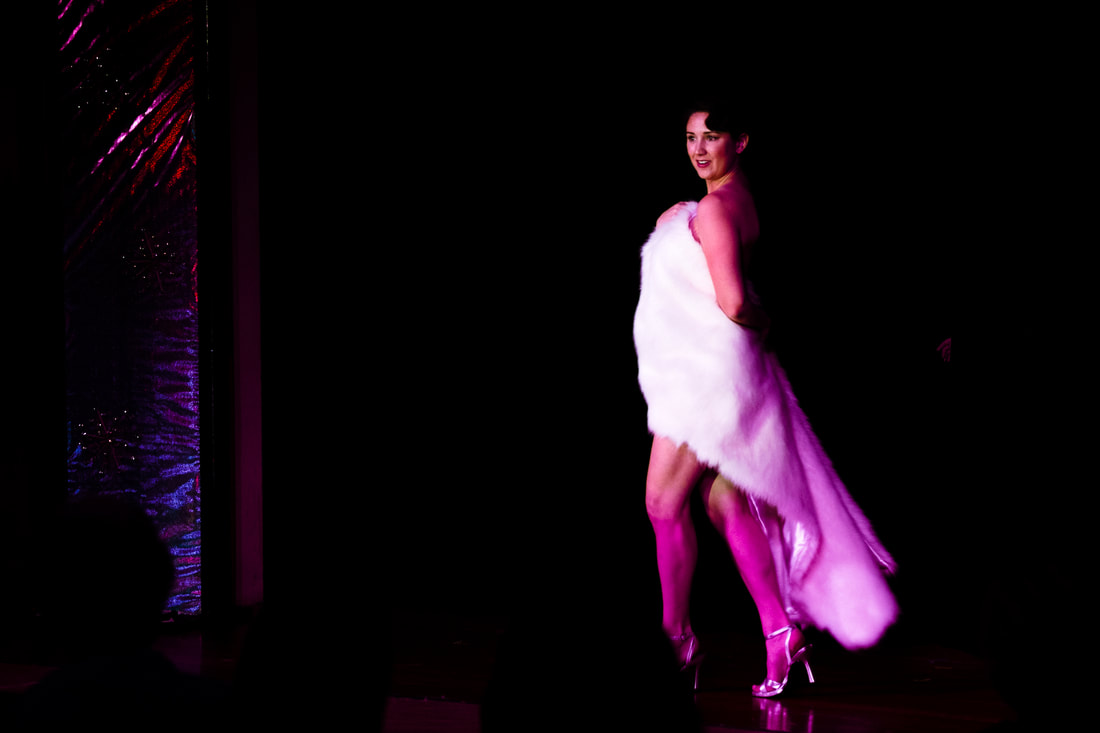 “Her performance makes you sit straight up in your seat.” 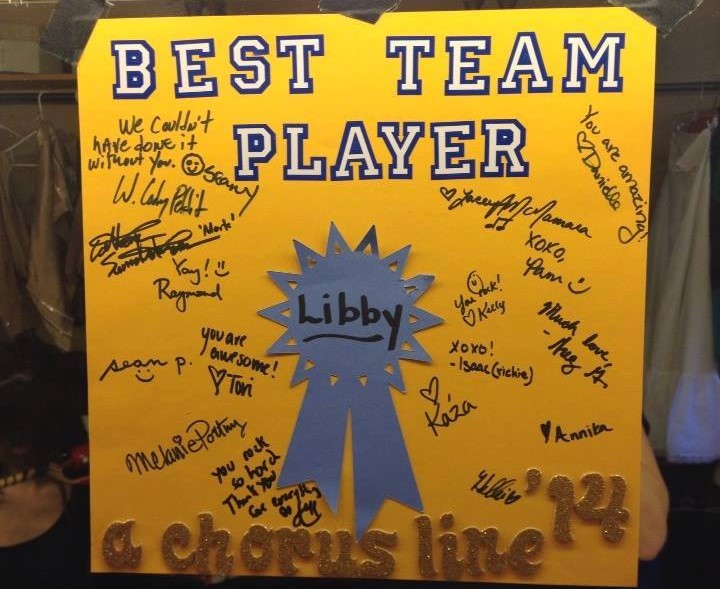 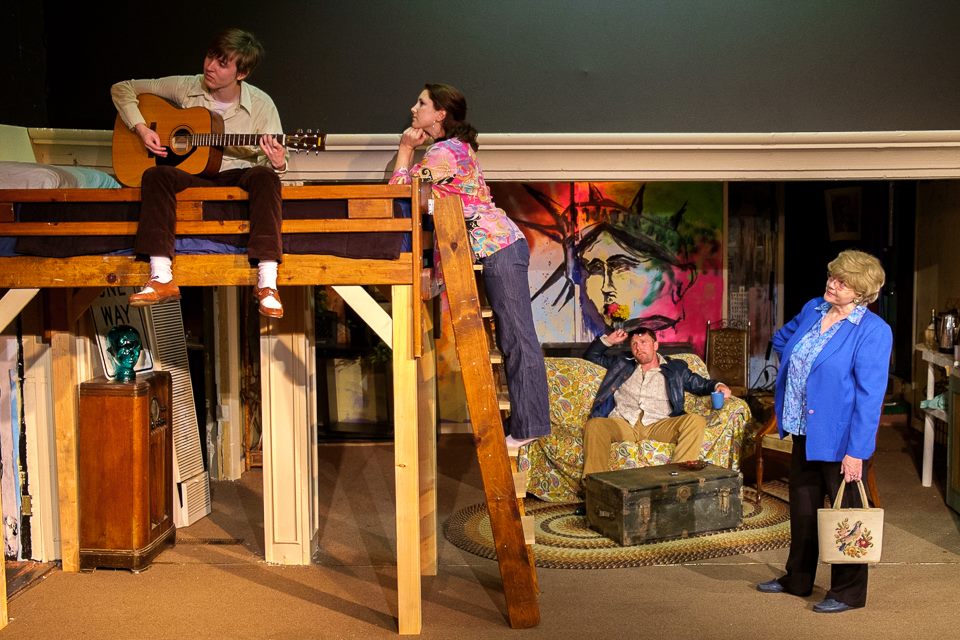 RE: Butterflies Are Free, 2015 SLO Tribune 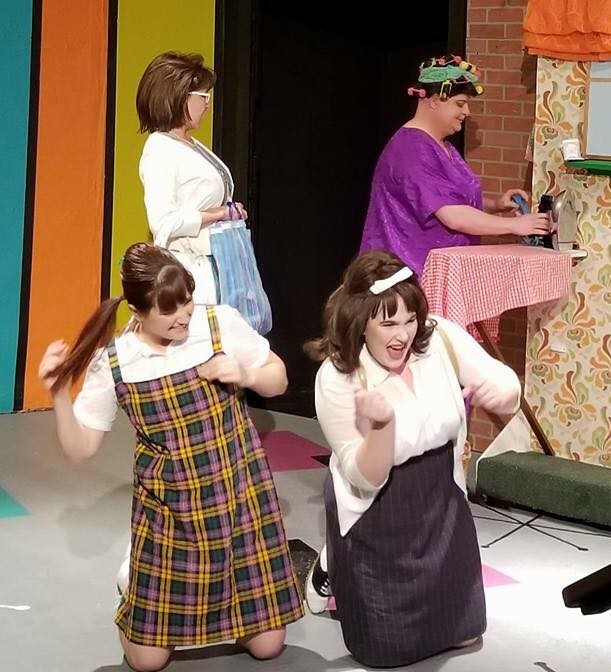 “Parker makes a likable companion to Kitchen, matching her energy and enthusiasm as the two thrill to “The Corny Collins Show.””
RE: Hairspray, 2017 Santa Maria Times

What’s New In The Theatrical Life of Libby?

April/May 2022:
Carousel rehearsals are underway, and it feels absolutely amazing to be doing what I love with the people who “get it.”
Performances are May 7 & 8, get tickets HERE.

I am also gearing up to speak at Broadway Con in Manhattan, July 8-10, on “body-positive nutrition for performers.”

May/June 2018:
In Rehearsal for Anything Goes as the Angel “Virtue.” I am loving how much tap I get to perform in this show!

Other work is winding-down for the summer and I am dreaming of my next trip to NYC where I will be in a Broadway Intensive with “Werk Broadway” learning Waitress from the pros!

June 30th I will be singing at Kelrick’s benefit luncheon “Broadway: A Tribute.”

Accepted the reprising my role of “Helen” in the revival of “Danny Come Home” musical this fall. Stay tuned for details.

March/April 2018:
Rehearsing for a vocal trio “42nd St. Serenade” (songs from 6 musicals) to perform in a paid gig on April 7th, at 7pm. This performance will be open to the public (suggested donation $20).
Unitarian Universalist church: 2201 Lawton Ave, San Luis Obispo, CA 93401

Accepted roles in summer musicals, “Anything Goes” and “Pinkalicious.” Details to come.

February 2018:
I got to be a background dancer in a Todrick Hall music video (Dem Beats)!!!! That was so fun! Watch it HERE
Continuing to dance, and starting a musical theatre vocal class.
​
Accepted as the mezzo-soprano in a musical-theatre trio I auditioned for!

January 2018:
Attended a musical improv intensive (with Aaron Metchik and David Garner) this month, learning how to improvise a musical! (Never thought I would do that). It was so fun!

I am also taking a “musical theatre/ballet” intensive dance class (15 hours +) with Chasen Greenwood, and more dance classes. I am feeling good and strong!

This month I launched an online course for performers health.
Get it HERE. OnStage Blog interviewed me about it HERE.

​I finished my M.S. in Nutrition Science in December!

Just found out that I received the award of our county “Top 20 Under 40” for all areas of work. I feel so honored and supported!

(meanwhile I bought and sold a house and am moving!)

September 2017:
Accepted the role of “Louise/Gypsy” in Gypsy -This is a dream role for me!!! Opens Nov 17 in Paso Robles, CA. More info to come.

August 2017:
UPDATE (8/21): We added another performance of Hairspray Sunday Aug 27th at 7pm! Get tickets before they sell out (we have played to a packed house every performance!)
​
Hairspray opens August 11th! We are having a blast going into tech week.

​Opening weekend was completely sold-out!!! People were tearing up (including the cast) as we sang “I know where I’ve been” as we think about the terrible happenings in Charlottesville, NC.

July 2017:
​CANCELED:  performing  at  the Pewter Plough Playhouse. We are looking for new venues.

June 2017:
“Danny Come Home” was a hit! What an incredibly fun show to be a part of! See me singing “Rock Bottom” (a comedic solo) HERE.

Just booked a new singing gig (!!!) which will be every 3rd Thursday of the month starting July 20th, at Cambria’s Pewter Plough Playhouse, accompanied by pianist Mark Pietri.

Accepted the role of “Penny Pingleton” in the musical Hairspray, shows in August at the Santa Maria Civic Theatre.

Wrapped a short SAG film “Rosalind” watch for it in 2019!

May 2017:
In rehearsal for a new musical, “Danny Come Home.” Based on a local story, this dog-loving musical comedy has me playing the
​LEAD ROLE of “Helen”!
One weekend only, May 26 & 27th CCAT theatre in Cambria, CA

April 2017:
Working on “Annie” as the “Star-to-be”/ensemble/dance captain!
​New headshots! (Taken 4/7/2017 by Dina Mande in Paso Robles, CA)
Exciting things coming….
​
February 2017:
I am currently working on my Master’s Degree in Nutrition (see my other job HERE) which should be done Dec 2017; other than some local theatre, I’m taking a short break from acting. I am planning to hit the ground running in 2018 with my acting career!

Recently I finished a course in Cabaret singing, and performed in February – See the video of me singing “Bring On The Men” here: https://youtu.be/OSaod5akLj4

Dance has always been a big part of my life, and I am continuing my tap dance and ballet lessons to prepare for more musical theatre

Hope to see you all soon!
XOXO, Libby

Bring On The Men

From Jeckyl and Hyde 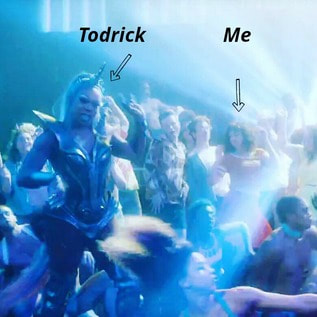 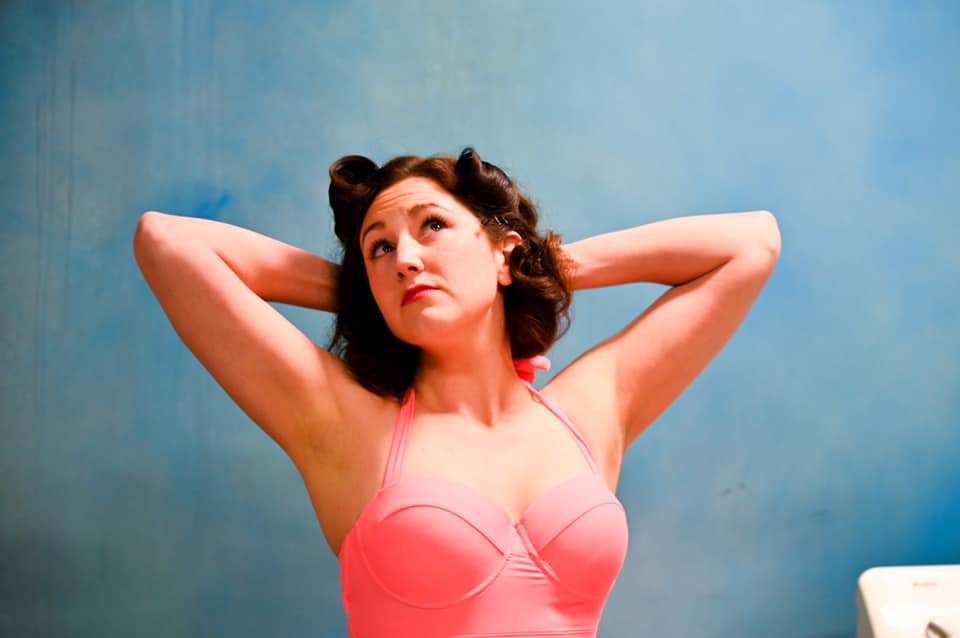 If Momma Was Married 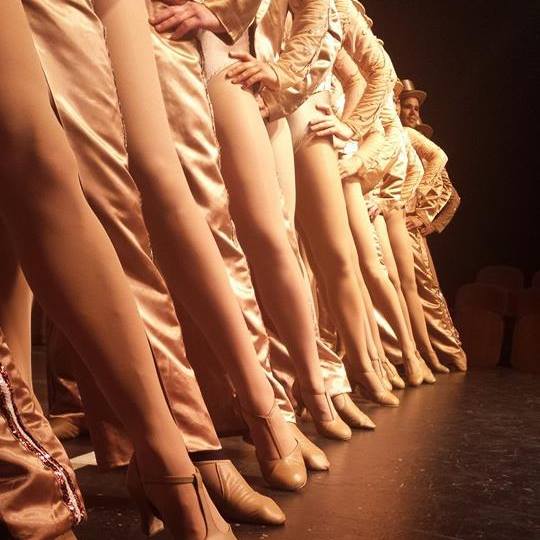 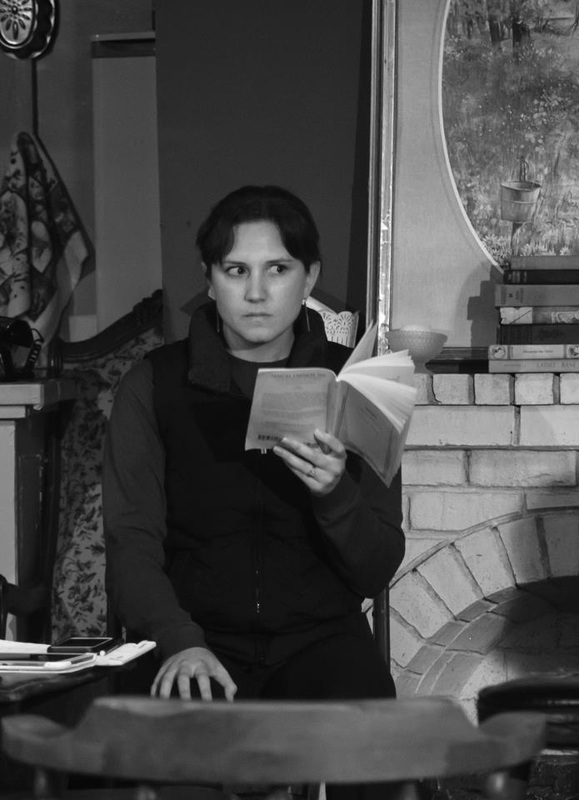 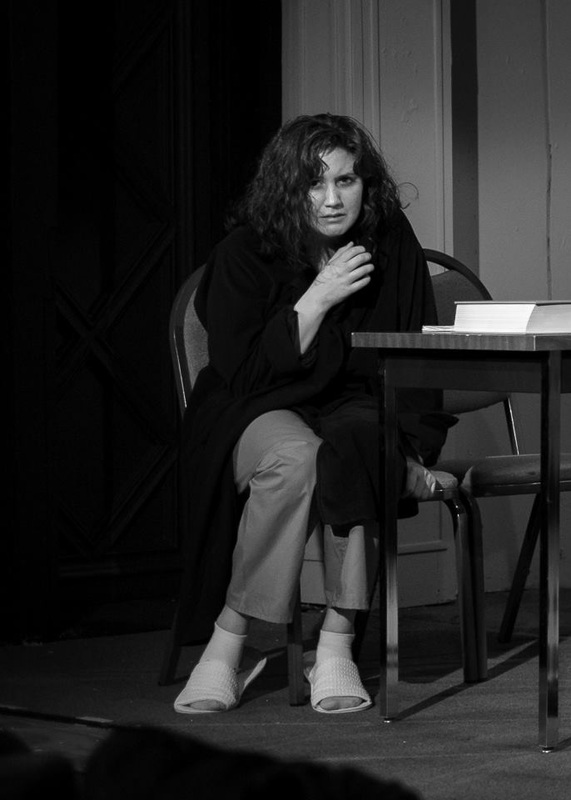 I played “Claudia Draper” a prostitute on trial for murder

Have a Question? Want More Info?